Without a doubt, realme is quickly catching up with other brands offering not just smartphones and tablets but a complete ecosystem with a variety of AIoT devices. They first released a bunch of True Wireless Earphones and a couple of power banks, a fitness band, and a smartwatch, and now, new devices such as smart scale, smart toothbrush, and a smart cam were recently launched by realme. And it goes without saying that we should be expecting more to come as they aim to dominate the local market in terms of affordable smartphones and AIot devices.

Today, we’re going to do an unboxing and review of one of those new products in the form of the realme Smart Cam 360. A cute and nifty smart security camera that boasts a few additional features that will entice the younger generation. 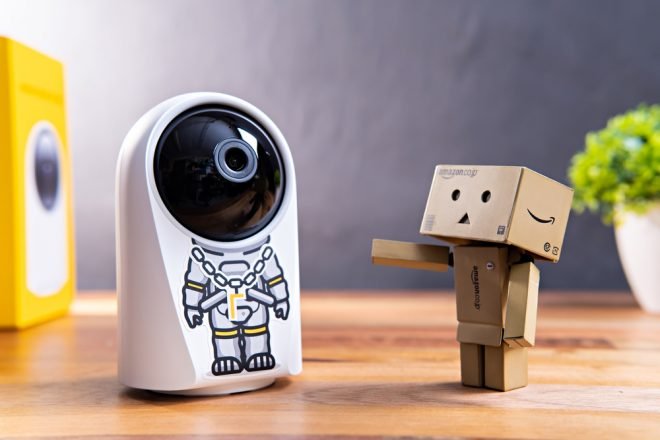 Cons: Nothing significant to note about

The packaging of the realme Smart Cam 360 is, of course, aligned with the rest of their product lineup with a yellow box, model name, and image preview in front. 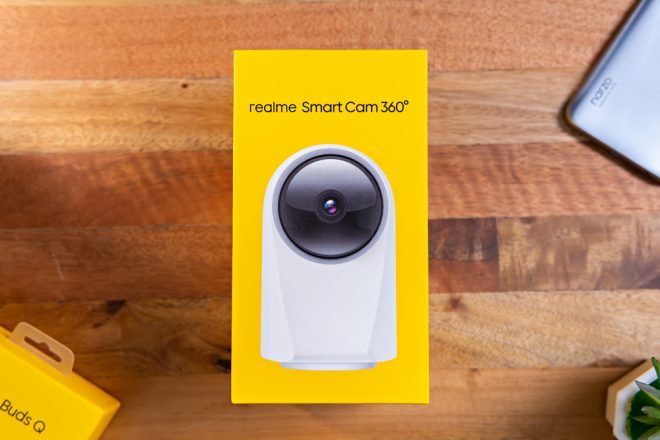 As usual, we have some realme branding around the box. And at the back, we have some of its key features and some other useful information. Inside the main box, we have a couple more boxes that house all the accessories as well as the realme Smart Cam 360 itself. 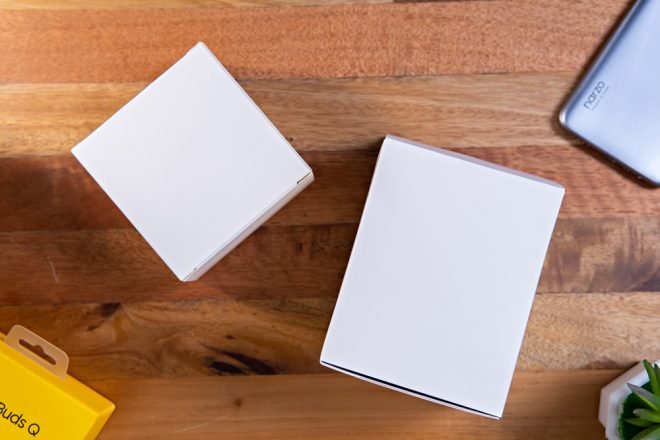 Inside the small accessory box, we have 2 sets of cute stickers that you can use to dress up the realme Smart Cam 360, a user manual, a sticker guide for drilling the screws accurately, a couple of screws and plastic screw anchors, a pedestal, a power brick, and a micro USB cable. While inside the larger white box, we have the realme Smart Cam 360 itself. 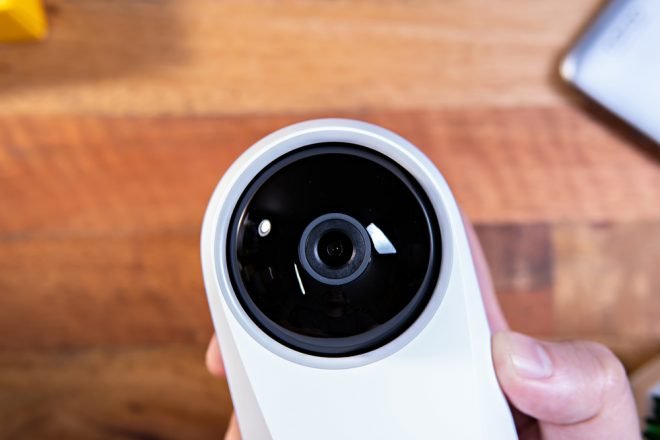 At first look and touch, what I like about the realme Smart Cam 360 is the relatively small footprint. It doesn’t take much space while still having a bunch of nifty features up its sleeve.

In front, we have the microphone, the main camera lens, indicator light, and a micro SD card slot. 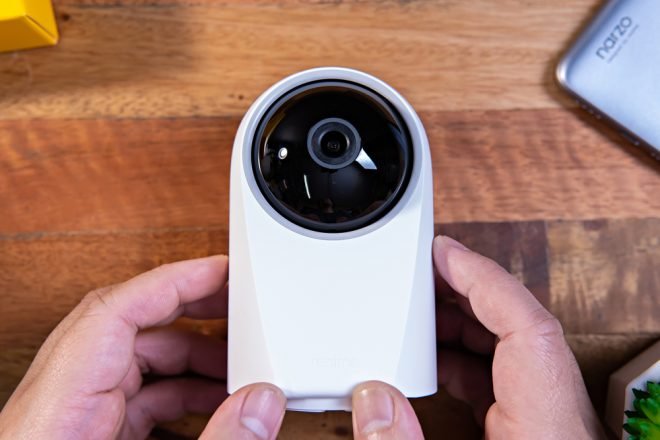 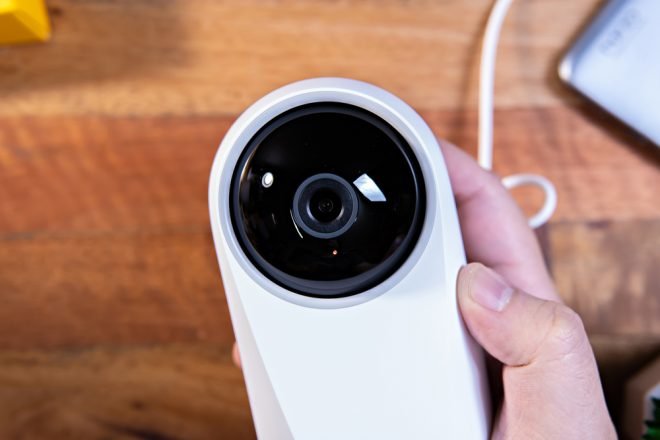 We also have here in front, a subtle realme logo. 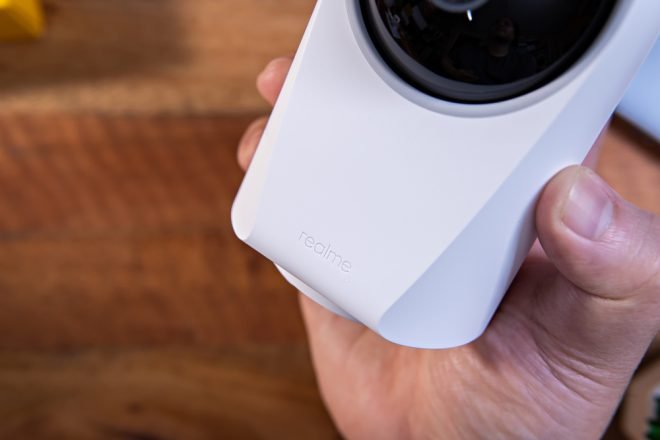 Flipping it on its side, we don’t have anything here but we can have a better look at its side profile. 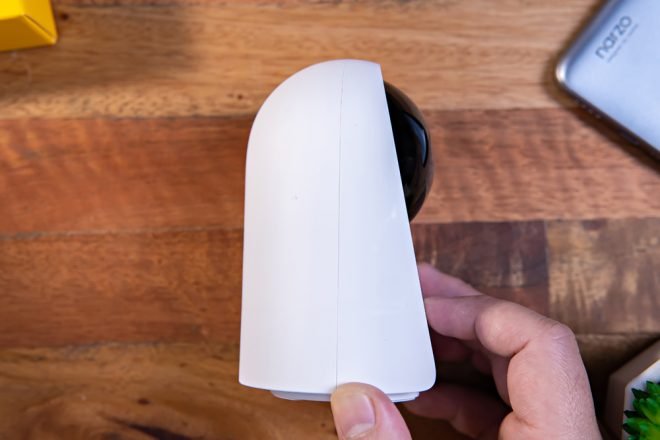 At the back, we have a loudspeaker for the two-way audio feature. 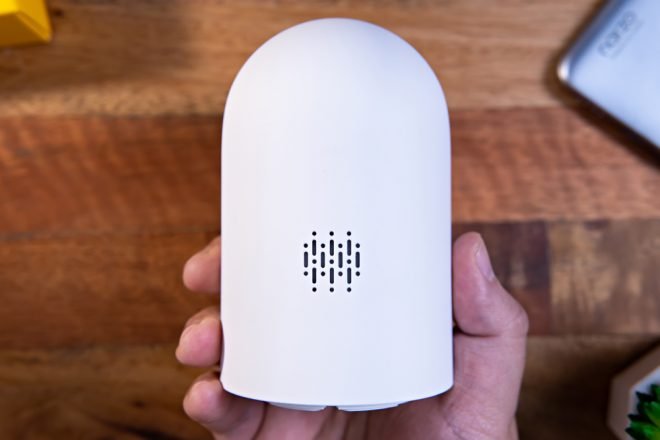 And at the bottom, we have the power input via a micro USB slot and the reset button. Here at the bottom, we can also see the rotating part of the realme Smart Cam 360 for the 360-degree vision. 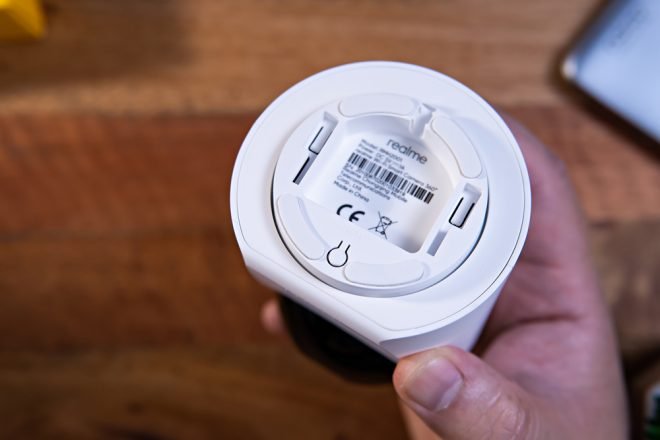 Setting up the realme Smart Cam 360

The setup process is pretty straightforward. First, insert a memory card into the microSD card slot as seen below. 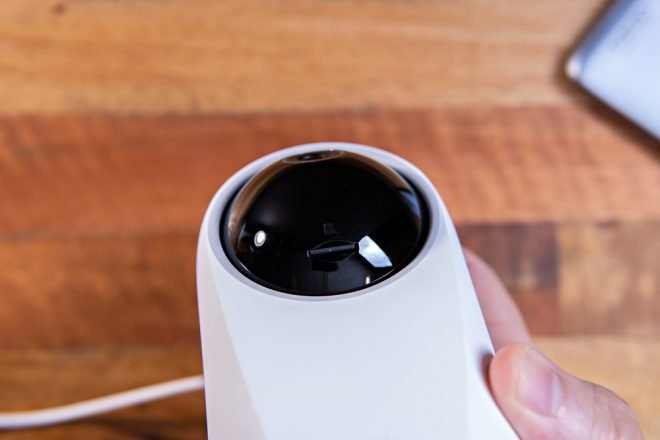 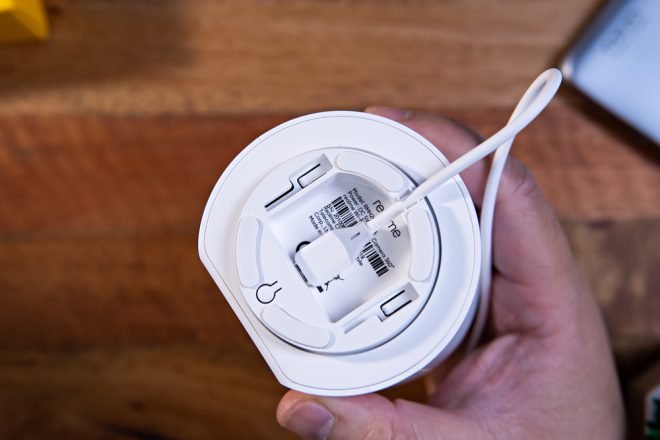 Let me introduce to you my realme Smart Cam 360 astronaut. haha! Isn’t it cute? The realme Smart Cam 360 boasts a bunch of features such as 360 degrees coverage which by the way, you can adjust via the realme link app. It also features a bunch of alarms and push notifications and scheduled tasks. Aside from that, it also has AI motion detection, night vision mode, and voice talkback.

As for the image quality, it captures Full HD 1920x1080p resolution with a wide dynamic range and as per my testing, the image quality is actually pretty decent. The colors are vibrant with a good amount of contrast and details. It can also record continuously via the microSD card slot that can support up to 128GB. It is using the H.265 video encoding which in theory, should save up space and bandwidth.

For a full experience, watch the video below. 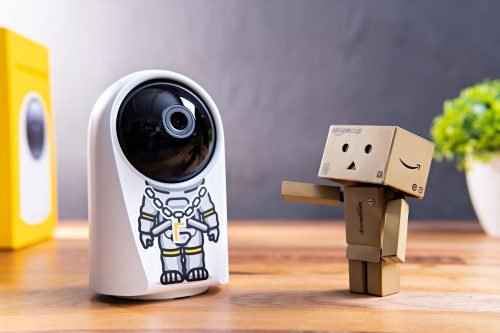