Positioned to be a game changer in the entry-level and mid-range segments, narzo is ready to disrupt the local scene Manila, Philippines. July 7, 2022: narzo welcomes the second half of the year by officially establishing itself as a standalone brand within the realme ecosystem. Slated for a live launch on Facebook and LazLive on July 14, narzo Philippines confidently gears itself as a game changer that will elevate the entry-level and mid-range experience for Filipinos by offering two new 5G-capable models: the narzo 50 5G and narzo 50 Pro 5G. This is in addition to its existing lineup of narzo 50, 50A, and 50A Prime.

“We are beyond excited to announce narzo’s official arrival in the local market,” says Allen Yin, the Country Manager for narzo PH.

“This is the very first time that narzo will be its own unique entity, and not just a smartphone series under the realme brand. Out of the six other countries in Southeast Asia wherein narzo is present, we specifically chose to launch it first in the Philippines because of how well-received our earlier models have been in the past two years.”

Inheriting realme’s genes for disrupting the market with consumer-centric innovation, narzo’s game changing stance is backed by cutting-edge technology at an accessible price point. This is aligned with the brand’s goal of empowering more and more Filipinos in the digital age through competitive smartphones that offer the best bang for their buck. 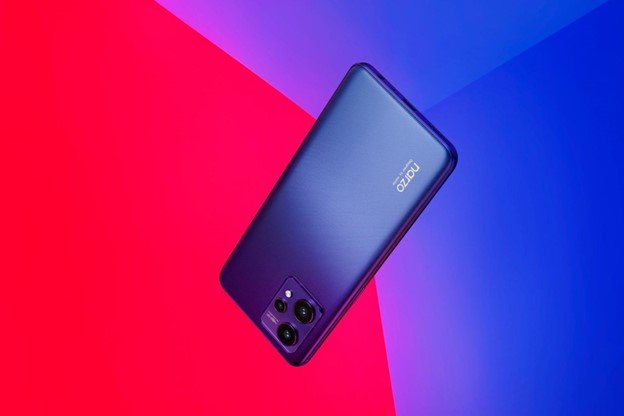 Snag the ultimate value for money with narzo 50 Pro 5G

The narzo 50 Pro 5G is a striker both in form and function. It packs one of the fastest 5G processors in its segment, the MediaTek Dimensity 920, which uses the latest TSMC 6nm Octa-Core node to assure power efficiency, all correlated to faster app response and better connectivity. It can boost to a clock speed of up to 2.5GHz, further complemented by Dynamic RAM Expansion (DRE) of up to 5GB additional Dynamic RAM for even the most hardware-intensive games.

Its 6.4-inch Super AMOLED display comes with a 90Hz refresh rate and 360Hz touch sampling rate, ensuring each swipe is smooth and seamless. At the back, the narzo 50 Pro 5G also allows for impressive photography with its  48MP Triple Camera Setup, with a 48MP main camera, an 8MP super-wide angle camera at 120 degrees, and a 4cm Macro lens.

It also features a new generation in-display fingerprint scanner with a Heart Rate Sensor, enabling users to not only rapidly unlock their smartphones but also to keep track of their health. The narzo 50 Pro 5G will be available in two colors inspired by Kevlar: Hyper Blue and Hyper Black, and will come in a single variant of 8GB+128GB. 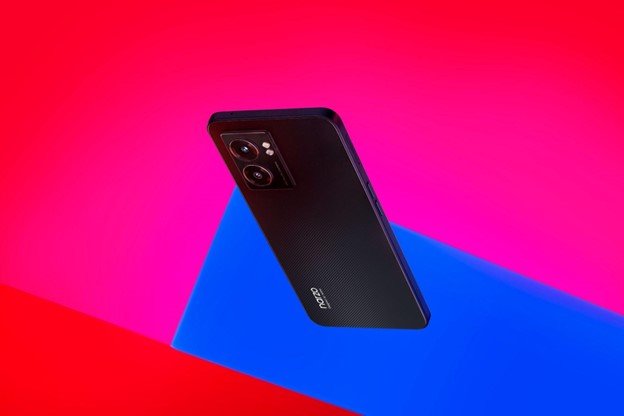 The narzo 50 5G on the other hand offers uncompromising specs for those looking for a breath of fresh air in the entry-level budget range. It has a 6.6-inch FHD+ Ultra Smooth Display that ensures there are no lags or stutters when playing games, and a 90.7% screen-to-body ratio that gives a more immersive watching experience with its thin bezels. It is powered by a MediaTek Dimensity 810 5G processor that can clock up to 2.4GHz, and also comes with DRE of up to 5GB Dynamic RAM.

Inside the sturdy and stylish Kevlar shell, the narzo 50 5G sports a 5000mAh Massive Battery with 33W Dart Charge that can juice up your device from zero to a hundred in just 72 minutes. It also features the Smart 5G Power Saving Technology, which senses the surrounding signal environment and intelligently switches between 4G and 5G, allowing the reduction of the smartphone’s power consumption by up to 30%.

On top of that, the narzo 50 5G’s large 128GB built-in memory can be expanded with up to 1TB of external MicroSD storage. Similarly, it will also be available in two colors: Hyper Blue and Hyper Black, and will come in a single variant of 6GB+128GB.

Don’t miss out on the narzo brand launch

To discover more about narzo and its expanding lineup, head over to narzo Philippines’ official Facebook page and tune in to the livestream this coming July 14, Thursday 6PM. Big announcements, full product details, and offers for the narzo smartphones will be revealed during the launch, so make sure to turn on your notifications. See you there!