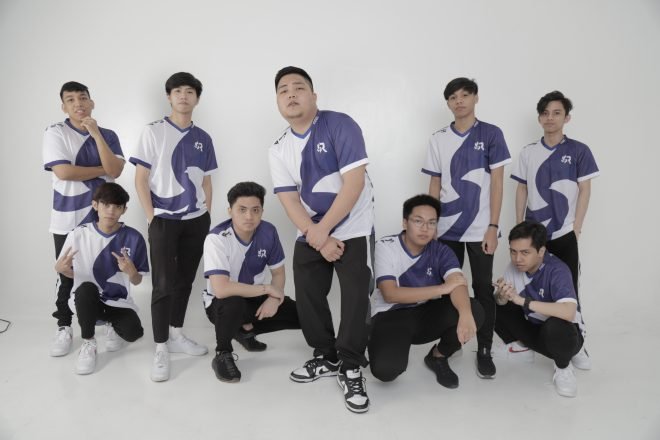 RSG, the premier Singapore-based Southeast Asian professional esports organization, shared today its expansion plans into the Philippines esports scene, the latest of its overseas markets. Early-stage initiatives unveiled include developing professional esports teams and talent, which will support RSG’s strategy to grow the local esports talent pool and raise the bar in engaging the gaming community and improving fan experiences.

Immediate plans include training and development of the first RSG PH professional esports team, which makes its debut in the upcoming official national-level tournament, Mobile Legends Professional League Philippines Season 8. As part of its fan-first philosophy, RSG will also be developing engagement initiatives to create deeper, more meaningful connections with their fans and the local Filipino community.

The organization will explore plans to expand its competitive capabilities to include other game titles across console, PC, and mobile platforms, support local content creators and talent and explore long-term collaborations to raise mass awareness and interest in esports.

Founded in 2017, RSG operates across Southeast Asia to engage the gaming audience through esports teams and content creators. The company’s premier esports teams specialize in leading game titles such as Mobile Legends: Bang Bang (MLBB), PUBG Mobile, Call of Duty, and Warcraft, and have participated in over 200 tournaments collectively. Building on its presence in Singapore, Malaysia, Vietnam, and the Philippines, RSG will continue its growth strategy through regional expansion efforts into key Southeast Asian markets. The esports organization also plans to compete in more games and reach 150 million gaming audiences in Southeast Asia by the end of 2021.

Said Founder and CEO of RSG, Jayf Soh, “With the second largest population in Southeast Asia, Philippines has a highly enthusiastic esports community that has grown rapidly in recent years. As the esports scene gathers momentum in the region, RSG is proud to be one of the first few regional esports organizations to expand our presence and support the development of the local esports industry. We hope to bring to the fans here our experience in developing esports champions, drive innovation in the way we create and engage fans, and last but not least, the trademark RSG spirit of relentlessly pursuing excellence. We will be working together with stakeholders and fans to educate the masses about esports, and contribute to a more robust ecosystem as we aspire to be the leading esports organization here.”

The Philippines games market is one of the leading ones in Southeast Asia, growing at a rapid pace. According to market research firm Newzoo, 43 million gamers spent US$572 million on games in 2019, making the country the world’s 25th biggest market by games revenues. In the Digital 2021 report on the Philippines by Dataportal, which reports data and insights on various topics, the number of internet users in the Philippines increased by 4.2 million (6.1%) between 2020 and 2021, to 73.91 million. Of which 72.1% of internet users aged 16 to 64 use game apps each month. MLBB was the top-ranking mobile game by monthly active users in 2020.

Over a media session today, RSG introduced its first local MLBB professional team. The team of experienced and up-and-coming players will participate in Mobile Legends Professional League Philippines Season 8, with an exclusive slot under the franchise-based league. With this move, RSG PH signaled its commitment to provide more sustainable career paths for players and widen support for players and staff alike as it works towards the goal of raising standards for the industry. MPL Philippines Season 7 had notched over 33 million total watch hours with 1.4 million peak live viewers, featuring one of the country’s most popular games.

Team Captain Kenneth Jiane “Kenji” Villa leads the team who will train under the guidance of Coach Brian “Panda” Lim, who led the Philippines to a Gold Medal win at the 30th SEA Games. Players include Elyson Edouard “GHOST Wrecker” Caranza, one of the country’s most popular streamers – known for his massive social media fan base (with 7.7 million followers) and a big heart for philanthropy.

The team line-up will also comprise of:

RSG PH is helmed by Country Manager, Richardson “RJ” Jacinto, a veteran with more than 10 years of industry experience in esports. Highly attuned to the needs of the Filipino esports community, he took up key positions in various esports organizations and related companies prior to joining RSG. He will be tapping on his expertise in business development, marketing, and project management to focus on developing and nurturing young local talent and develop initiatives to help grow the local esports industry.