Pre-order the realme 8 Pro and get a free realme Buds Air Pro worth P4,990 Manila, Philippines. May 11, 2021: realme, the Philippines’ leading smartphone brand in the country, is ready to give Filipinos the power to capture infinity as the realme 8 Series, its most anticipated midrange line, launches first on Lazada on May 12.

Named the no.1 smartphone brand in the Philippines for Q1 of 2021 by research firms Canalys and IDC, realme aims to elevate the lifestyle of every young Filipino with its TechLife products to make them live more conveniently and efficiently daily. 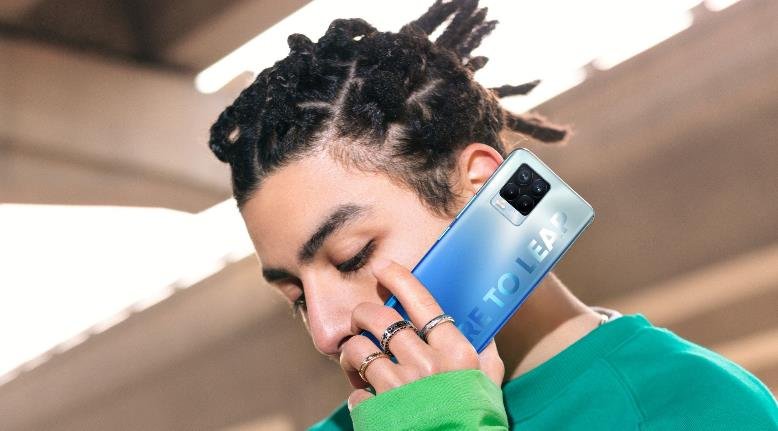 The realme 8 Series was officially revealed to the public via a special live stream featuring Kathryn Bernardo on May 11 on the realme Philippines Facebook page and YouTube channel.

There are no stopping content creators and digital savvy Filipinos in their quest for success. This makes the realme 8 Pro their perfect lifestyle partner.

The realme 8 Pro is perfect for photography enthusiasts and content creators thanks to its powerful 108MP quad rear camera setup. It is powered by Samsung’s industry HM2 camera sensor that captures images with eight times more pixels compared to 12MP smartphones.

The realme 8 Pro also features the 50W SuperDart Charge technology and is packed with a 4,500 mAh battery. With this feature, it only takes 17 minutes to reach a battery life of 50% and 47 minutes for 100%, letting users enjoy digital activities and content creation with a shorter charging time. For gaming enthusiasts, the realme 8 is the top choice. It boasts a powerful MTK Helio G95 processor that delivers the best in gaming. Users can enjoy a smooth and outstanding performance in top mobile games like Mobile Legends, Call of Duty Mobile, League of Legends: Wild Rift, PUBG Mobile, and more.

The realme 8 features a 30W Dart Charge and a 5,000 mAh battery — a sleek package ideal for the youth on the go with the growing demand for a smartphone that can keep up with their needs and style.

realme being committed to the youth improved the overall design of the realme 8 with its unique design. The ultra-bold “DARE TO LEAP” logo uses a special fluorescent material that absorbs light and emits a magical glow around the camera in low light. This design feature embodies the youth’s trendy and fierce personality, not being afraid to express their emotions and dare to stand out.

The realme 8 Pro comes in two colors — Infinite Blue and Infinite Black, while the realme 8 comes in Cyber Silver and Cyber Black. Both offerings feature a Super AMOLED Display that enhances the clarity and display of the applications for your content creation and gaming needs.

Dare to Leap with the most anticipated realme 8 Series From May 13 onwards, the realme 8 will be available for purchase at regular price in all realme e-comm platforms, concept stores, kiosks, and partner dealers nationwide. The realme 8 Pro, on the other hand, will only be available from May 22 onwards. Pre-orders made for the realme 8 Pro from May 11-22 will come with a free realme Buds Air Pro worth P4,990.

As part of its push to be the top smartphone choice for Filipino gamers, realme is also co-presenting PayMaya’s inaugural PlayMaya tournament on May 14, the nationwide e-sports tournament featuring fan-favorite titles Mobile Legends, Call of Duty Mobile, and PUBG Mobile.

Several activities are in store for gamers and esports fans on that day, including a raffle sponsored by PayMaya and a special celebrity exhibition match featuring the country’s top gaming personalities such as Filipino streamer Ghost Wrecker.