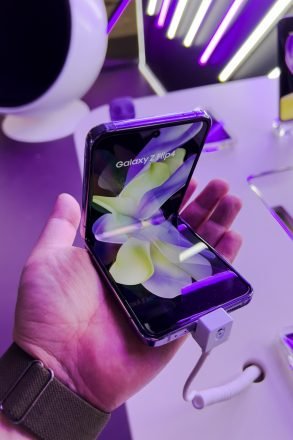 The Working Of Foldable Smartphone Screens

Smartphone screens are made of glass which is typically inflexible. Not only does it consist of one glass, but sometimes multiple layers of it. Do the glass bend in foldable screens? The screens of foldable smartphones use Flexible Display technology built around Organic Light Emitting Diodes or OLED screens.

OLED screens, instead of glasses, are made out of organic materials. When electricity runs through the OLED screens, the light gets emitted. Additionally, they do not need any backlights to function. Therefore, for most flexible screens, OLED screens form the basis. For instance, if there is an app that shows the Lotto Result of Grand Lotto 6/55, on a foldable smartphone screen, the display of the app will be powered by pixels of the OLED screen instead of backlights. It had happened before when an OLED screen was used on a smartphone. Previously smartphones like Samsung Galaxy Edge and iPhone X have used OLED displays; however, it was not to create foldable smartphones but to give the devices curved edges to enhance the look.

The Layers Of Foldable Screens

Currently, most smartphones use an OLED screen that does not require a backlight to function, unlike LCDs. In OLED screens, the pixels emit light whenever it receives power. Furthermore, OLED glasses are 30% thinner and lighter compared to LCDs. The base of the foldable smartphone screen is made with a substrate layer generally made out of polyamide, a polymer plastic. It gives thermal stability and mechanical strength to the glass. This layer is topped with a thin-film transistor layer, ensuring each pixel receives the power. You can compare it to a power grid for the OLED screen.

The third layer consists of OLED, a light-emitting layer made of individual pixels. These pixels, in turn, are composed of green, red, and blue subpixels. The power that the subpixels receive decides the luminosity and color of each pixel. Everything works together to form the display that the users can see on the smartphone. Additionally, the OLED layers house many sub-layers like cathode, anode, and organic light-emitting material.

An encapsulation or cover layer covers the OLED screen. This layer provides protection and further seals all the layers beneath it. Additionally, this is the layer that works to give the touch function of the foldable smartphone screen. It is made of polyimide, which is the same material that is used in the substrate. However, now this layer is also modeled out of ultra-thin glass. The material used for the encapsulation layer differs from one smartphone manufacturer to another. Ultra-thin glass is better than polyimide as it can bend and give a regular glass-like feeling. However, it is more expensive than polyamide.

Other Factors That Govern The Foldable Smartphone Screen

Apart from the display, many other aspects play a crucial role in controlling the foldable smartphone screen. The first is the hinge of the foldable screen, which can significantly impact the folding screen. It is critical for the hinge to work smoothly and consistently and to have the snap factor for the display. Additionally, a foldable screen consists of many moving parts compared to a stationary screen. It makes the smartphone prone to dust and water, and other containment that might enter it. Therefore, it is essential to consider the durability aspect more critically for foldable smartphone screens.

The many advantages of a foldable smartphone screen include vivid colors, a large portable screen, effortless multitasking and better productivity. On the other hand, the disadvantages include cost, reliability, and bulkiness.