Coming off of the successful launch of the realme Pad Mini earlier this month, the brand continues to prove that #MiniIsPowerful with the arrival of the tablet’s 3GB+32GB WiFi variant, starting at only P7,490 this Wednesday. 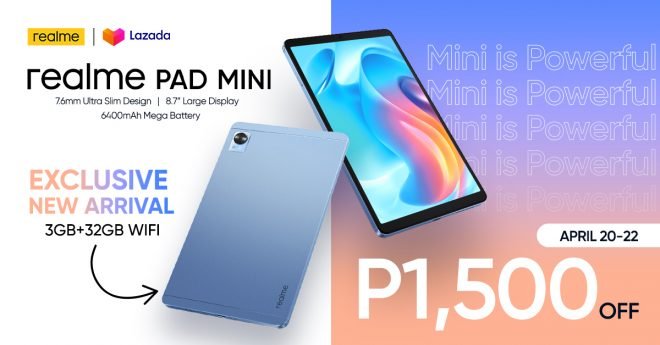 Manila, Philippines. April 18, 2022: Coming off of the successful launch of its latest tablet earlier this month, realme, the PH’s no. 1 smartphone brand for 2021 announced the arrival of the 3GB+32GB WiFi variant of the realme Pad Mini.

Designed to provide excellent entertainment and productivity in the palm of your hands, the realme Pad Mini is the ideal multimedia companion for your digital needs. In addition to being one of the slimmest and lightest tablets in its price segment with its 7.6mm Ultra Slim Design and 8.7’’ Large Display, it comes with other dynamic features such as the powerful Unisoc T616 Processor for effortless multitasking, an 8MP Ultra Wide-Angle Rear Camera and Dual Stereo Speakers for optimal video streaming, and a 6400mAh Mega Battery with 18W Quick Charge for longer use.

The realme Mini Pad also has a Memory Expansion of up to 1TB so running out of storage for your files and apps would not be a problem.

The arrival of the realme Pad Mini marked a milestone for realme Philippines as this is the first-ever realme product to debut in the country ahead of other markets. This comes as a follow-up to the widely successful realme Pad launched last year as the brand continues the expansion of its TechLife ecosystem and product portfolio. 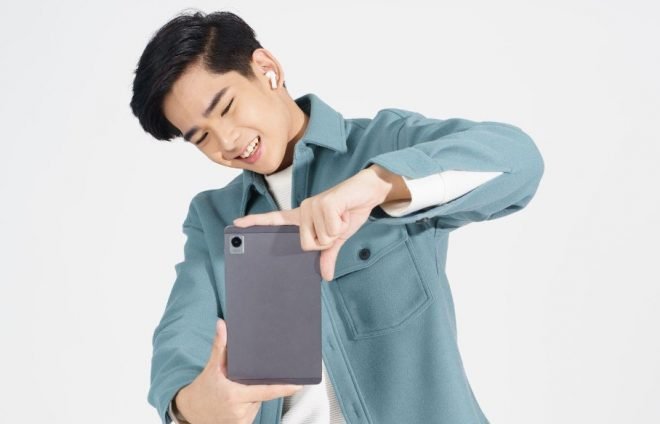 Available in two colors: Grey and Blue, the realme Pad Mini 3GB+32GB WiFi variant will be available nationwide for only P8,990 SRP. As an exclusive early-bird offer on Lazada, the device will be available at P1,500 OFF, bringing it down to P7,490 from April 20 until April 22.

The previously launched 3GB+32GB LTE  and 4GB+64GB LTE variants are also still available on Lazada, and via realme stores and partner dealers nationwide.

To know more about the realme Pad Mini and other exciting realme updates, be sure to to follow realme on Facebook at www.facebook.com/realmePhilippines or visit www.realme.com.ph.